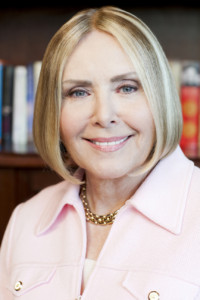 Margaret May Damen, CFP®, CLU®, ChFC®, CAP® is celebrating 40 years of working in the not-for-profit and the for-profit sectors as a philanthropic advisor in legacy planning for women, families, and organizations.

She is currently the planned giving and endowment officer at The Kravis Center for the Performing Arts, West Palm Beach, Florida, where she directs the donor relations programs for the 156 member Legacy Society and the $22 million dollar Endowment Fund.

Margaret began her career in education, finance and philanthropy as associate vice president for development at Boston University. She spent 18 years as a financial planner with American Express Financial Services, and during that time created and taught her Money $ense for Women course at Florida Atlantic University’s continuing education department. In 2001, she founded the Institute for Women and Wealth and has given over 200 lectures, workshops, seminars and webinars on the psychological, emotional and financial essence of legacy gifts.

Her articles have appeared in Planned Giving Today, The Journal of Gift Planning, and the AFP magazine Advancing Philanthropy Journal. Margaret served as president of the Palm Beach County Planned Giving Council, president of the Treasure Coast Planned Giving Council, and treasurer of the National PPP Board (now the National Association of Gift Planners). She served on the Boston University National Alumni Board and the Advisory Board of the State Farm Center for Women and Financial Services of the American College, and participated in the Women In Philanthropy (WIP) Conferences at Indiana University.

As public relations director of New England Conservatory, Margaret wrote the handbook “Getting into Ink and On the Air.” She is co-author of Women, Wealth and Giving: The Virtuous Legacy of the Boom Generation (Wiley & Sons 2010).

From 2011 to 2016, she facilitated the yearlong West Palm Beach, FL Chartered Advisor in Philanthropy (CAP®) study group where over 75 wealth, legal, tax, insurance and nonprofit professionals prepared for their CAP® designation.

Margaret received her Bachelor and Master Degrees from Boston University. She is a member of the national music fraternity, Sigma Alpha Iota, and is a classical flutist. Her TV experience includes four years as co-producer and co-host of “Center State”, a weekly arts and entertainment show, which aired on the local PBS affiliate in Palm Beach County.

Established by Margaret May in 2000, The Institute for Women and Wealth transcends traditional estate planning methods and empowers women to resolve many of the psychological barriers that inhibit the success of family legacy and philanthropic giving issues.

Workshops provide a forum for financially successful women to achieve a better understanding of the financial, emotional, spiritual, and psychological influences that guide their lives. Through workshops, retreats and private briefings, clients can come to understand and create both private and public legacies attuned to their unique hopes, dreams and aspirations. 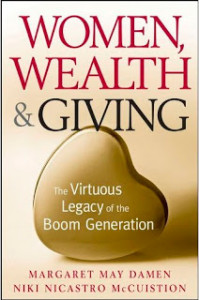 To inspire generations to abundantly fulfill their
wealth legacy.

To transform our community into a more sustainable, vibrant, and compassionate environment.